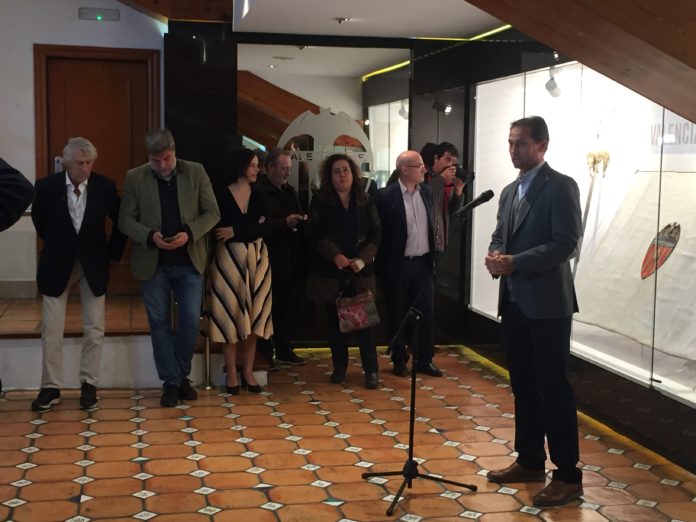 The original flag of Valencia CF, dated 1924, and its mast have been restored by the Institut Universitari de Restauració del Patrimoni of the Universitat Politècnica de València (IRP-UPV).

The original icon, designed five years after the founding of the football club in 1919, was adopted from that moment as a symbol in all official acts of the sports club. It is a fabric that presents in one of its faces the shield of the team, while in the other it can be appreciated the ‘Senyera’, the flag of the Valencian Community.

As Sofia Vicente, restorer of textile heritage of the IRP, says about the complexity of the work that involves restoring a centenary textile piece: “For us it was a challenge because its state of conservation was to mourn. It is not a piece to walk it, but it is part of the history of the Club and so it has to be understood, it must be taken into account that it is made on the Twenties”. The intervention on the flag and its mast culminated after eight months of work.

As indicated by Valencia CF, both the team and the Heritage Department of its Foundation, have among its objectives to maintain, preserve and restore the legacy of a centennial Club. Pablo Mantilla, Director General of the Foundation, said in the act that “We have to put in value our heritage to endure in time, and this is an example.” For his part, Fernando Giner, president of the ‘Asociación de Futbolistas’, was very satisfied with the restoration: “It is not a simple flag, it has been the symbol of the ‘valencianismo’ for 95 years ago. When it appeared in the Association, it was in a very bad shape, seeing it now gives me great happiness.”

As a tribute, the Club is working on the creation of a new flag that reproduces the characteristics of the original, so that it can be used in the institutional solemn acts of the future.

The flag can be visited, next to the original Acts Book of 1919, in the VIP Box of the “Mestalla Forever Tour”. It is an official visit that runs through the Mestalla stadium where you can observe the historical pieces of the team, as well as all its trophies, prizes and achievements.

The Institut Universitari de Restauració del Patrimoni recognizes the excellent relationship that connects the Valencia C.F. and its foundation, considering very beneficial for both society and the three institutions.

MORE NEWS:
Valencia CF: The restored original flag of Valencia FC of 1924, the new “jewel” of the Mestalla Forever Tour