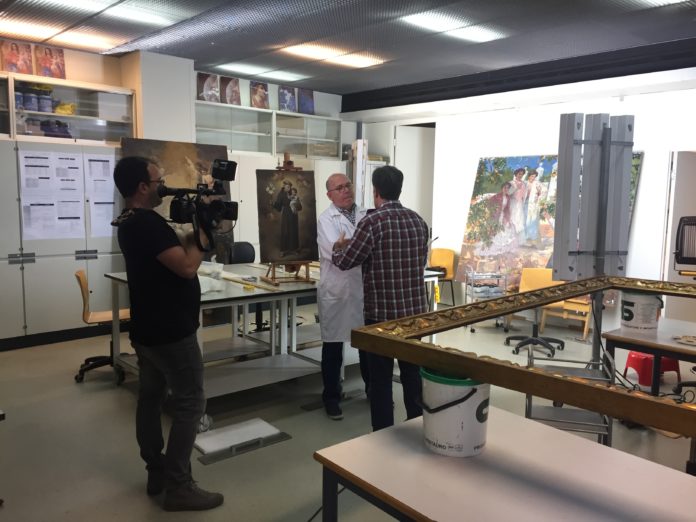 During the last 2 years, the Group of Historical Patrimony of the Police of the Valencian Community has detected an increase, of almost triple, of counterfeits and thefts of works of art.

Last week, the unit closed a new operation, which began in July in collaboration with the counterpart unit of the Balearic Islands, with the intervention of five new counterfeit works of art. These works are of well known Valencian painters as Joaquin Sorolla, Ignacio Pinazo, Genaro Huerta and José Benlliure.

In this sense, the Instituto Universitario de Restauración del Patrimonio of the Universitat Politècnica de València collaborates in the expertise of the works of art that are intervened by the Police.

Leading the task force is Vicent Guerola, an art restorer of the Universitat Politècnica de València, who was recently interviewed by À Punt TV.
The usual procedure in these cases consists of several phases. It always starts with a photographic record of the work that arrives, which allows to carry out an expert investigation based on image. In parallel, a battery of physical and chemical tests is carried out directly on the work.

The tests that are carried out on a work are varied. They can generally be divided into surface tests —such as the use of ultraviolet light— and more invasive tests —such as a chemical analysis of the materials.

Given the current market of old objects, so voluminous, the introduction of stolen or falsified works is increasing.

The forging of art works is punishable by up to four years of imprisonment.